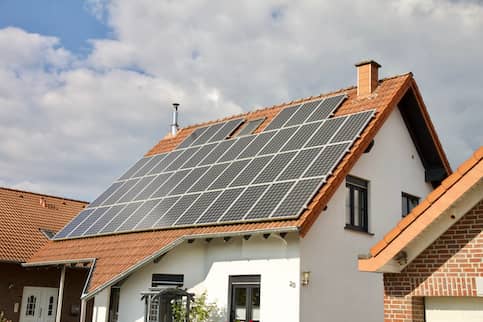 Our sun is a marvel. This 4.5 billion-year-old star is at the center of our solar system. It emits large amounts of light and heat, also known as solar energy, which keeps our earthly home in existence.

Unlike fossil energy sources such as coal and oil, the sun is a renewable source of energy, producing more free and clean energy than humanity could ever use.

By using photovoltaic (PV) technologies (more commonly known as solar panels) in your home,it is possible to save money on your utility bills.

Just how much you save will depend on several factors like your power usage, the size of your solar system and local electricity rates. However, SolarReviews reports that the average homeowner could save nearly $1,500 a year on electric bills by installing solar panels.

If you’d like to know how much you could save by installing solar panels, take a look at your specific utility rates and consumption. It may also be helpful to use a solar savings calculator to determine how much you can expect to save by going solar.

Your Remodel Is Waiting.

By making the switch to a solar energy system, you may also be increasing your home’s value.

In fact, when analyzing homebuying trends from March 2018 to February 2019, Zillow found that homes with solar panels sold for 4.1% more than homes without them. Another 2015 study conducted by researchers at the Lawrence Berkley National Laboratory found that solar PV energy systems increased the value of a home by about $15,000.

Homes with solar panels aren’t just valued in sunnier states either. Going back to Zillow’s findings, we learn that in New York solar energy systems sold for 5.4% more, adding an extra $23,989 in home value.

While we’ve considered what you can potentially save by installing solar panels, we’ve yet to account for the added savings that come from incentives.

The Federal Investment Tax Credit (FITC) offers a 26% tax credit for solar systems installed in 2020 – 2022, and it will decrease to 22% for systems installed before December 31, 2023. To qualify for the solar tax credit, you must have a sufficient tax liability and own the home where the solar panels are installed, and it must be a primary or secondary residence.

Several states also offer incentives such as tax credits, rebates, benefits for low-income homeowners or sales tax savings on solar equipment. However, such incentives will vary depending on the specific state, as well as your eligibility. So, be sure to look into your local and state incentive programs to see what’s available to you.

Net metering is another important incentive. Simply put, net metering is a way to sell the excess energy your solar panels produce to your electric company. And while this is one of the best ways to save money, net metering programs are not available in all 50 U.S. states. For this reason, you’ll want to find out what programs your state offers, if any.

In 2021, the U.S. Energy Information Administration (EIA) reported that residential electric customers paid a nominal average price of 13.72 cents/kWh – the highest on record. They also predict that electricity prices will continue to rise in the years to come.

Given the rising utility costs, installing solar panels in your home may be a worthwhile investment. Since solar panels use solar energy to power your home, you will no longer have to pay your electric company. On the contrary, rising electricity costs might actually help you save even more money through net metering. The higher the price of electricity, the more you can sell your extra solar energy for.

5. Power Your Home During An Outage

When there’s a power outage in your area, depending on the type of system you have, it might be possible to keep the electricity on in your home.

Residential solar power systems can fall under one of two categories: grid-connected or off-grid.

An off-grid system isn’t connected to its local electrical grid. This means that – despite a power outage on the local grid – it can still generate electricity as long as there is sunlight. However, to receive power after the sun goes down, you’d have to buy a battery energy system or a backup generator, both of can be quite costly. This may be a good investment, though, if you live in an area with frequent outages.

Unlike an off-grid system, a grid-connected system is able to draw grid power from your utility when your system isn’t producing energy. It is also able to send excess energy back to the electric grid. But in the event of a power outage, all grid-tied solar energy systems must be shut down to protect utility workers. If your solar panels are sending energy to the same grids that utility workers are fixing, this could put workers in danger.

Using solar energy isn’t only good for your pocketbook; it is also good for the earth. Did you know that solar panels have a carbon footprint that’s nearly 20 times less than the carbon output of coal-powered electricity sources?

Installing a grid-connected solar panel system can also help other residents on your local electric grid. How so?

Well, a grid supplied with solar energy can reduce the likelihood of brownouts and blackouts. When electricity usage is highest, solar panels help to provide the necessary power. This prevents homeowners from having to pay more while still being able to use large amounts of electricity.

While there are many benefits to solar energy, it’s important to be aware of the potential disadvantages such as:

Even with the potential disadvantages that come with solar energy, a 2019 survey conducted by the Pew Research Center finds that a growing number of homeowners are considering going solar — and with good reason.

As we’ve discussed in this article, homeowners who install solar panels can save money on utility bills, increase their home’s value, help the environment and much more!

If you’re interested in reaping such benefits, start by learning how much you can save with solar panels.

Your Remodel Is Waiting. 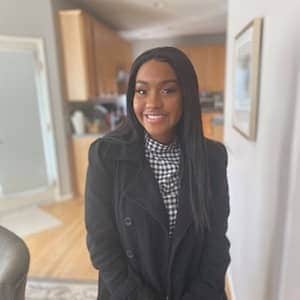 Breyden Kellam is an intern writer covering topics on homeownership, finance, lifestyle and more. She is a graduate of the University of Michigan with a Bachelor of Arts degree in English. With a deep love for all things literary, Breyden is passionate about using her words to touch hearts and positively impact lives.