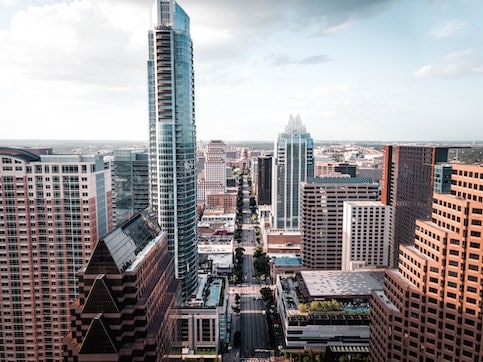 20 Fastest Growing Cities In The US

According to the U.S. Census Bureau, most of the fastest-growing cities in the country are in the South and West with many of them attracting over 10,000 new inhabitants each year. The average city in the U.S. sees a population changeof 5% – 7% per year. All the cities on this list grewby at least 4.5%.

These cities are growing faster by percentage than cities in the rest of the country. While people choose cities for different reasons, these seem to have a certain something that attracts people who want to relocate.

This Phoenix suburb takes the lead as the fastest-growing city in America. Buckeye City, like Phoenix, is known for its phenomenal winter weather and its proximity to both Phoenix’s job market and the myriad outdoor activities within short driving distance.

Some facts about Buckeye City:

New Braunfels is a city of nearly 80,000 located about 15 miles northeast of San Antonio, and about 50 miles southwest of Austin. It’s known for its beautiful surrounding landscapes that include the Comal and Guadalupe rivers, as well as several parks and the Natural Bridge Caverns. It’s also home to a huge water park and boasts strong values in diversity.

Some facts about New Braunfels:

Apex lies about 10 miles to the west of North Carolina’s capital, Raleigh. A smaller city, Apex is home to about 50,500 residents who choose the area to be a part of its self-proclaimed “peak of good living.”

What you should know about Apex:

Frisco, a northern suburb of Dallas, was the fastest-growing city in America in 2017 and continues to grow. The Dallas-Forth Worth Metro area is home to nearly 7 million people, two major airports, and six professional sports teams.

Here’s what you need to know about Frisco:

The third-largest city in Idaho, Meridian has experienced a 1000% increase in population since 1990. Meridian is located just west of Boise, the state capital, and boasts that it has a lower cost of living than the national average.

What you need to know about Meridian:

This “Unique by Nature” city is also a northern suburb of Dallas and has many of the same advantages to living in the aforementioned Frisco. McKinney was named the #1 Best Place to Live in America in 2014 by Money Magazine and was chosen based on factors that include quality of education, beautiful scenery and the job market.

What you need to know about McKinney:

Georgetown is in Central Texas, about 30 miles north of Austin. The quaint downtown historic district includes several Victorian-era buildings that add to the city’s charm. Outside of downtown, residents enjoy spending time in Blue Hole Park and exploring the Inner Space Cavern, a huge cave with hundreds of stalactites.

Rowlett is the third Dallas suburb on this list and lies to the east of the city on Lake Ray Hubbard. Rowlett was named a Top 10 City to Retire by U.S. News and World Report in 2019 and is the 9thSafest City in Texas according to SafeHome.org. Rowlett residents say that it’s “THE place to live, work, and play!”.

What you need to know about Rowlett:

Like many Florida cities, St. Cloud boasts plenty of waterfront properties and proximity to a variety of outdoor activities. Located 26 miles southeast of Orlando, St. Cloud attracts retirees and families alike. Because it’s on the outskirts of Orlando, St. Cloud has attracted several developers to the area due to the amount of land available.

Located halfway between Iowa’s largest university and its largest city, Ankeny has hovered at the top of the Fastest-Growing Cities charts for the past decade, with this being the fourth consecutive year on the list. Although one of the smaller cities on this list, its 56,000 residents choose to live here for the easy access to amenities, short commute to downtown Des Moines, and quiet, new neighborhoods.

What you need to know about Ankeny:

Dublin is about 1.5-hour commute from downtown San Francisco and lies several miles inland. This diverse city has grown rapidly over the last decade as people continue to flock to the Bay area. The proximity to San Francisco gives Dublin incredible diversity and access to world-class amenities.

Just 18 miles south of Salt Lake City, you’ll find South Jordan. This picturesque town lies between the Oquirrh and Wasatch mountains and has 3.5 miles of contiguous park called the Jordan River Parkway. The park lies alongside the Jordan River and provides space for cycling, walking, and plenty of other family activities.

What you need to know about South Jordan:

This west Texas city is known as “The Tall City.” It’s also the headquarters of the largest oil production region in the country and is George W. Bush’s childhood home. Midland is halfway between El Paso and Dallas and has been attracting new residents due to its affordable homes and access to quality education.

Some stats about Midland:

Situated near Austin, Texas, Round Rock is also named after its most prominent landmark – a large rock in Brushy Creek. This city is known locally for its outdoor activities and superior job market. Major employers include Dell, Emerson, and Teleserv.

What you need to know about Round Rock:

Although the gross number of people moving to a city is higher, when larger cities attract the same amount of people as a small city, the percentage growth is smaller. Let’s look at the large cities in the United States that are growing at the fastest rate:

Austin is the fastest-growing city in the United States in the amount of people moving there each year. Austin is home to the University of Texas as well as several tech hubs including Dell, 3M, an Apple office, and more.

What you need to know about Austin:

Miami is the cultural and economic center of South Florida and is also the southernmost large city in the United States. From art-focused neighborhoods like Wynwood to the financial center in Brickell, this coastal city is growing with fervor.

Alaska Airlines, Amazon, Microsoft, Costco and Starbucks are just a few of the famous companies headquartered out of the Seattle area, making it one of the most illustrious job markets in the country. While not known for its beautiful weather, Seattle is attracting myriad professionals to the area.

What you need to know about Seattle:

With proximity to the lights of Las Vegas and the serenity of the Grand Canyon, Henderson has a little bit of something for everyone. This city boasts a low cost of living and is close to a major airport for those who choose to travel.

What you need to know about Henderson:

The Mile High city is home to a booming tech industry, is a key player in the cannabis industry, and is known for its easy access to the Rocky Mountains. These factors are sending people to Denver in droves, and the hype isn’t slowing down.

What you need to know about Denver:

How We Got Here

While these cities may seem very attractive to purchase a home or find a job in, there are several factors you should consider before making the leap.

Cost Of Living & Standard Of Life

The cost of living in a city is based on many criteria. Typically, it takes rent or housing costs, transportation, food, utilities, common expenses such as cell phone bills, childcare and education costs, and more. These expenses can vary greatly from place to place.

You’ll also want to consider the quality of the investment that you make. The simplest way to do this is to consider your income in comparison to the cost of a property. For example, the average home cost in Dublin, California, was nearly eight times the annual median household income. Compare this to Rowlett, Texas’ median income being only a third of the average house price. The people who invest in a home in Rowlett are much more likely to be able to afford their payments or pay off their home early than the people in Dublin.

You’ll want to consider other factors such as what the market is expected to do in the coming years. If the market is trending upward, it might be a good time to buy a property in that area. If it’s beginning to plateau or decrease, you may not want to make a purchase.

As you decide where to live and work, you may be drawn to one of the fastest-growing cities in the country. As you make your decision, be sure to consider cost of living, standard of life, and the quality of the investment that you make in moving there. You should consider what’s important to you, and what each of your options has to offer.

When it comes time to purchase, remember that Quicken Loans®and Rocket Mortgage®are here to assist in every step of the process.

Apply for a Mortgage with Quicken Loans®

Call our Home Loans Experts at (800) 251-9080 to begin your mortgage application, or apply online to review your loan options.
Start Your Application